You are here: Home / The Sound Of Music 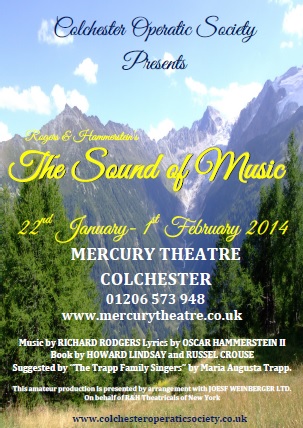 Who can forget the music that sings out from the hills as young Maria,

failing in her attempt to become a Nun,

finds herself caring for the seven mischievous children of

His strict military regime is replaced by the fun,

laughter and the youngsters thrive on

the new way of doing things.

Despite Maria’s call to the postulate

and that the Captain is engaged to a Baroness,

the two fall in love and are married, only to have their world brought down around them by the 1938 Anschluss of Austria, where Nazi Germany takes control of the country and demands that Captain Von Trapp assume a position in the German Navy.

through the joy and sorrow of this unforgettable musical

featuring songs such as ‘Do-Re-Mi’, ‘Sixteen going on Seventeen’,

‘My Favorite Things’, ‘Climb Every Mountain’ and of course

‘The Sound of Music.’

This is Family friendly performance.