“Fast, fun and fantastic! I could carry on with similar expressions to enthuse over this very slick brilliantly created and executed production.” 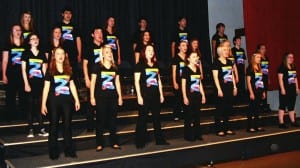 Fast, fun and fantastic! I could carry on with similar expressions to enthuse over this very slick brilliantly created and executed production.
Act 1 started “In the Beginning” from “The Children of Eden” and continued through from “Godspell””Spamalot””Façade” “Chitty Chitty Bang Bang” to “Chicago” to name just some of the numbers in the fastest production I have seen in a long time.
All twenty four young people from CO2 sung and gave their all in such a wide range of numbers with superb solo’s and duets, such a delight for the audience to await each and every number because from the start we all knew we were in for a treat. 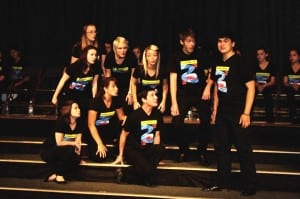 Many, many societies attempt this type of production and overload each act with too many songs coupled with the time it takes to move from one song to the next.
This certainly did not happen here as CO2 zipped through from song to song with intricate stage movements, but it took so little time as the entire cast knew exactly where and when to move and just got on and performed.
Five young men worked so hard to match the ladies in volume and did a great job and held their own in solid harmonies.
Shane has an amazing range vocally and his voice just keeps getting better,From “Lost in the Wilderness” through to “Press Conference Rag” Shane sung a huge variety of styles with great ease and accomplishment.Very enjoyable.

Sam and Luke were great in “All for the Best”,both had good voices and facial expression which sold this duet.

Thomas also had a great sound and depth in his solo’s which he delivered so well.
Sophie & Shane excelled in “The Song That Goes Like This”,a very bright high range from Sophie and a lovely sound.
I loved “Façade” but “Press Conference Rag” was my favourite in Act 1 .Wow did it go!!!! Act 11 started in the 1930’s and went through the decades to 2000.
“Fat Sam’s Grand Slam”a hugely entertaining number and a different interesting version of “Rhythm of Life” got us all tapping our feet. 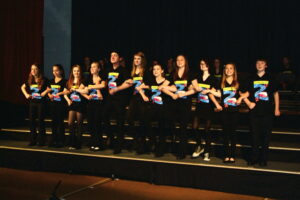 Sophie & Rachel’s “I Still Believe” was moving and “I Will be Loved” from Rachel was something special.A great voice and a powerhouse when needed.
The Jersey Boys “Working My Way Back To You”from Jasper,Sam,Luke Thomas & Shane- one word-Terrific.
The show finished with “Mamma Mia”which is always so popular.
I enjoyed each and every song and it appeared the whole audience did also.
The harmonies were tight and the singing overall great.
Muisical Director

and Accompanist Robert Miles had done a fantastic job with this group,his support from the Piano coupled with Phil Toms on Bass was also a highlight and a pleasure to listen to superb playing.
Diane must take a huge accolade for the show as Artistic Director together with Movement Co-ordinator Jenna Saiz.
Please repeat it again.Thank you for a most enjoyable evening and also your hospitality which is much appreciated. 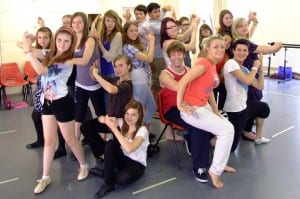 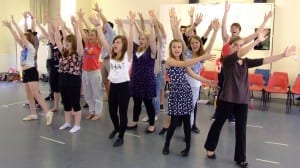 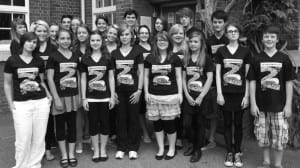