You are here: Home / COS Concert 2014 – From Stage to Screen and Back Again 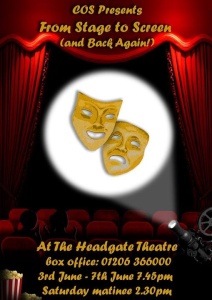 PERFORMED AT THE HEADGATE THEATRE COLCHESTER
This year’s COS Concert programme showcased successful musicals which have been made into films, as well as films which have been made into blockbuster Broadway and West End shows. Included were favourites old and new, traditional and modern and in some cases a “mash up” of the two!
Audiences received a warm “Wilkommen” as they felt those “Good Vibrations”, give in to their “Pure Imagination” and experienced the “Time of your Life”.   They were also treated to excerpts from productions such as Chicago, Mamma Mia, Annie, Hair, Sister Act and Matilda!
The Colchester Operatic Society Concert performed at the popular Colchester Headgate Theatre from 3rd June to 7th June with a matinee on Saturday 7th. Tickets were priced at £12 and sold well.  To view the programme go to COS past shows and click on the link. 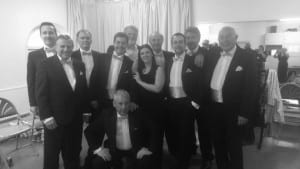